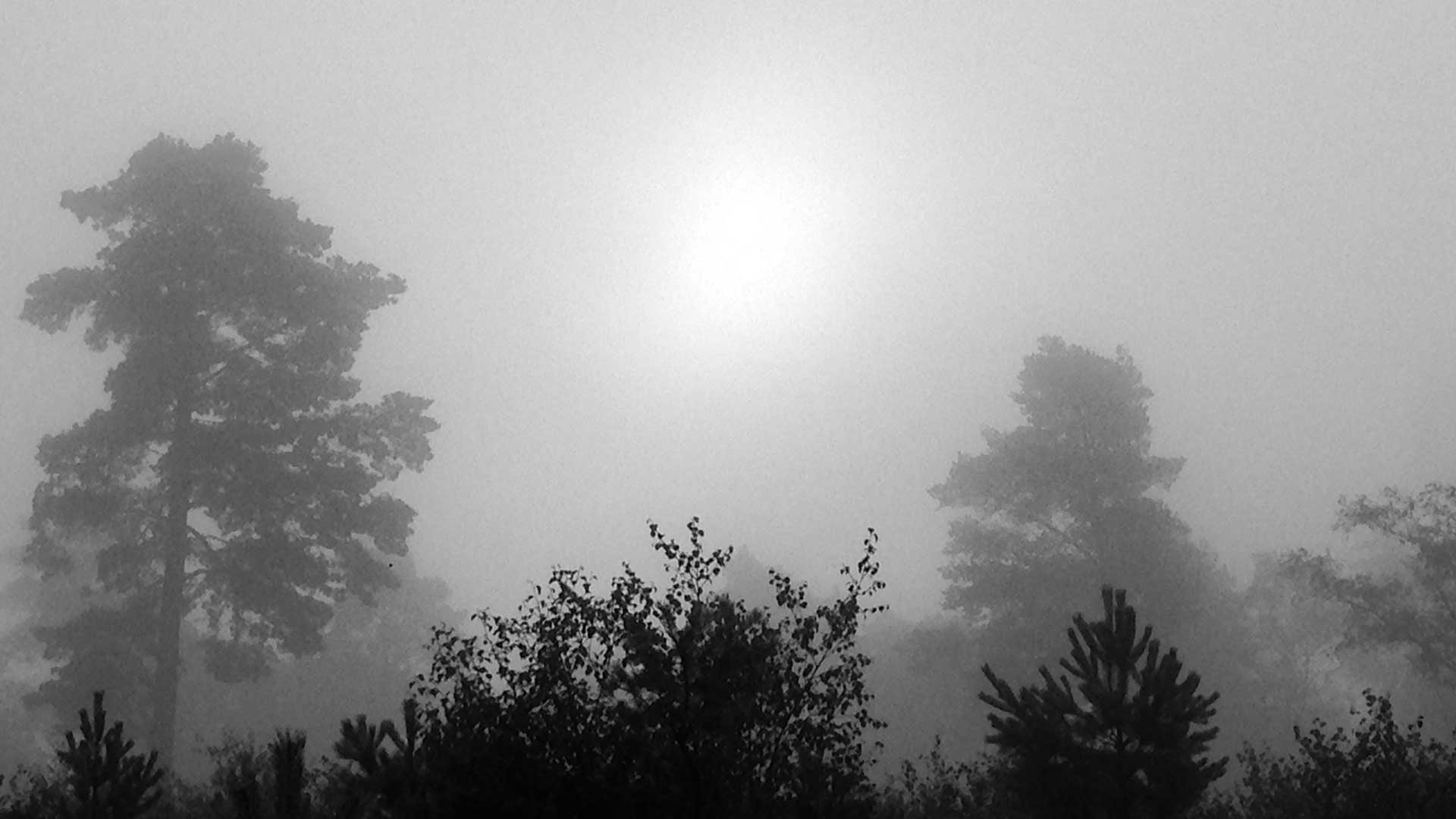 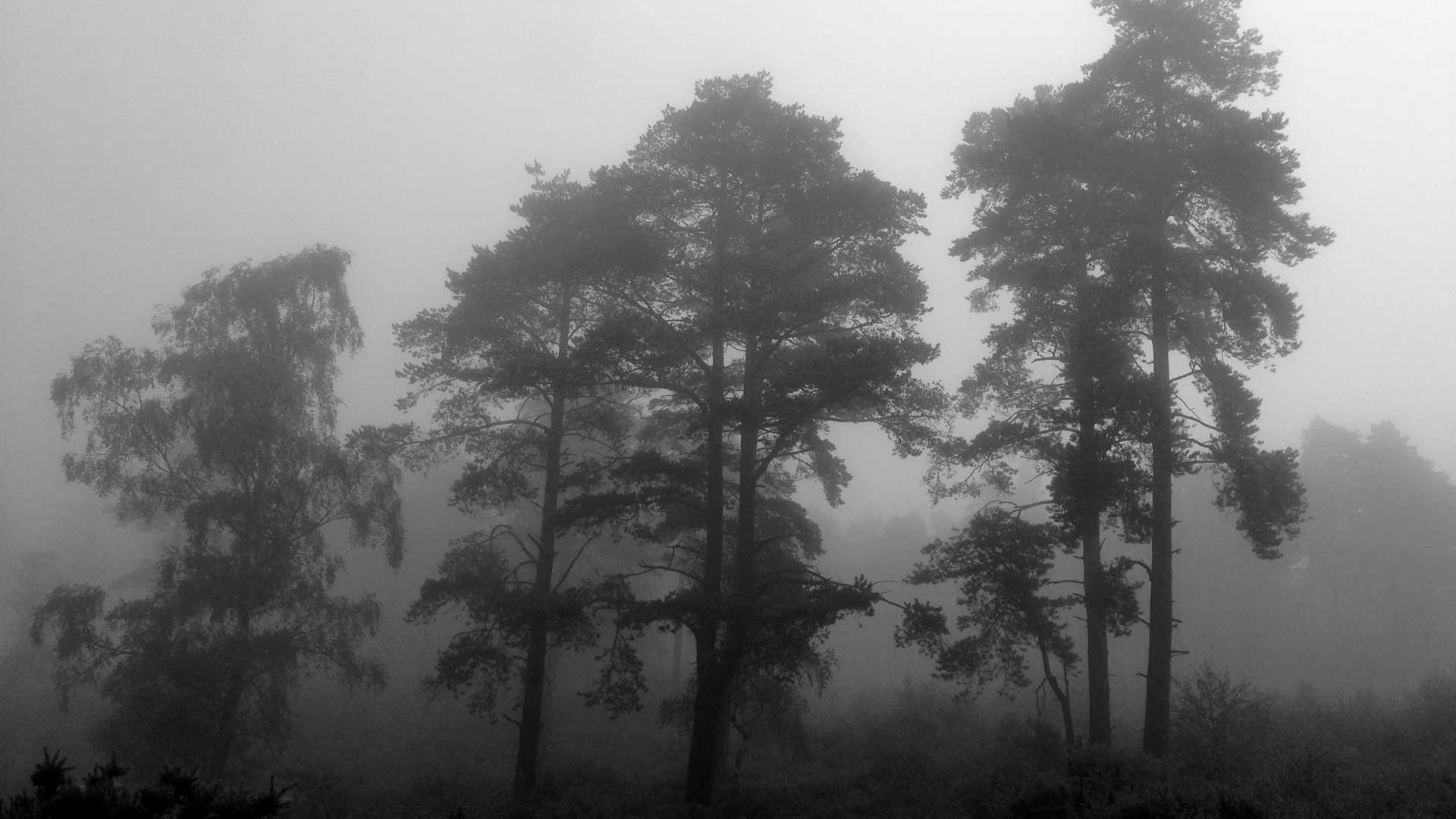 ‘Just because I made it up doesn’t mean to say it isn’t true.’ 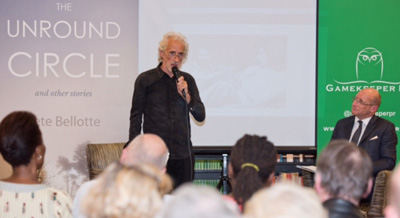 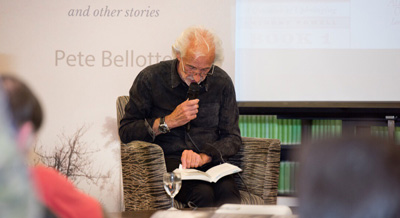 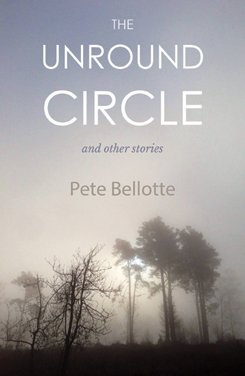 The Unround Circle is an eclectic mix of storytelling with a wide range of subjects. They take place in Spain, Morocco, Mexico, USA, Canada and the Solomon Islands, but predominantly in England, where Life, Death, Love, Hate, Pain and Pleasure abound (and that’s just one story!).

One is set in the 18th Century of Handel’s London. ‘Not a Christmas Carol’ was translated for the Italian market by Roberta Capellini. Another, ‘The Family Silver’, filmed in LA, was considered in the Oscars Short Film category.

The Unround Circle is published by Nine Elms Books. It is also available as an ebook.

To view a sample story in PDF format click The Balcony

WHAT A GREAT READ!
Pete Bellotte quite obviously is a multi- talented man. I can’t wait to see one of these wonderful stories emerge as a film. I’d pick THE LOTTERY as a debut with many more options to come since this book contains a selection of the most fascinating sketches of unfathomable characters in versatile settings and eras. Bellotte seems to be able to shift perspectives and identities in a blink- and don’t we all just love to travel through a world of unexpected turns, accompanied by seedy characters and profound twists of fate? That’s what I call profound reading material.

Here’s what the acclaimed poet and author Hugh Kellett says in his review:

A GREAT READ ALL ROUND
Just read Pete Bellotte’s book of short stories, The Unround Circle, pretty much at one go, which is high praise for him as I tend to be more of a dipperinandouter. Benefit of this was that I not only enjoyed the individual stories but got perhaps a better feel for the whole. The tales themselves are quite varied in character, atmosphere and geographical location, and told in a range of narrative styles, from the lyrical to the more conversational. They are often strongly evocative, psychologically interesting or full of intrigue, but also very funny in parts, and the author can be as playful as he is serious, often toying with the reader and reminding us that he is there behind the words and pulling the strings. He holds up the mirror to us where we meet a large cast of individuals that strut and fret – the vain, the scheming, the contemplative, the mad, the modest – as we are whirled off on often surprising journeys with them.The overall result is an impressive multi-dimensional collage of humanity as a whole, and that might well be described as La Comedie Humaine, had some Frenchman not already coined this.
I think the book as a whole will strike chords and I particularly liked The Balcony, Grandad, The Conversation, The Lottery and The Unround Circle: these seemed to me to epitomise the short story genre: well turned,good twists.

And from:
SocialBookshelves.com REVIEWED BY DANE COBAIN

Well, you don’t often see a book like this! Let’s begin with the author – Pete Bellotte is a super successful songwriter and producer, who wrote songs which appeared on ten different Donna Summer albums, including Hot Stuff, which I happen to be able to play on guitar. His songs have been featured in major movies and been covered by artists as diverse as the Red Hot Chili Peppers, Beyonce and Madonna.
This book is essentially a collection of his short stories, and I was a little hesitant to begin with – after all, it’s a big collection, and it takes some commitment to read it. I was worried that this was just going to be some guy who was cashing in on a moderate level of fame to release a collection of sub-standard stories.
Boy, was I wrong. Bellotte’s short stories are reminiscent of the work of Graham Greene, at least to me – that might be because the first collection of short stories that I really fell in love with was a collection of Greene’s work, but there’s definitely something in Bellotte’s style which reminds me of classic authors. That can only be a good thing, right?
Another interesting thing about this collection is that, when different stories are told by different narrators, you really feel as though they were written by different people – in that respect, this sometimes feels more like a collection of stories by different authors than a series written by one man. Bellotte is also very good at capturing ‘shady‘ characters, people with questionable motives who aren’t particularly likeable – Irvine Welsh does the same thing to great effect, and the technique works just as well here.
If you’re a fan of short stories then you’re sure to like this, whatever genre you’re interested in – I’d peg this as literary fiction, even though I hate that term, but there are influences from other genres creeping in, too. And then, there’s the way in which the stories end – it’s often sublime, and they always tie up all of the loose ends. It makes for a gripping read, and if you’re like me then you’ll power through.